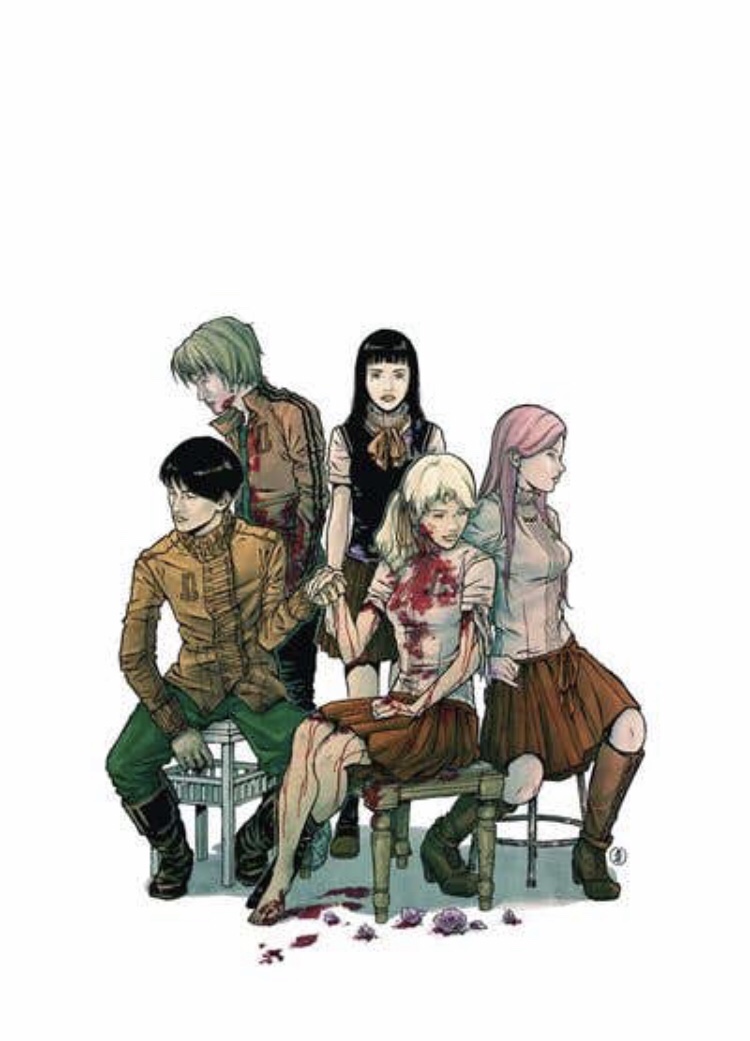 Wow this one is bad.

Absolutely nothing happened in it.

I’m sure the full story will be good but issue one was just boring.

They probably should have made it into a graphic novel because I would need to see it as a full story.

That being said, the art was really pretty and it seemed like a very dark comic book that is about to get a lot more interesting.

Jesus it feels like Maria Llovet just sent out an unfinished copy and was like “um, idk here you go, Boom Studios. Just Print that. I’ll figure something else out later.”

And we know you’re good for it Maria. We do.

Here are the four things that actually happened in this comic book.

We meet our protagonist, in the first few pages. She fancies eye patches and lives in a dirty and dingy home with her pill-popping mother who also wears a nurse outfit and has a second maid outfit, so I’m assuming by her wardrobe she is a stripper or prostitute. Or she is a nurse with a second job cleaning houses. But don’t we pay nurses enough money that they can afford to be single and raise one child? I feel like all the nurses in the world are single and raising one kid. 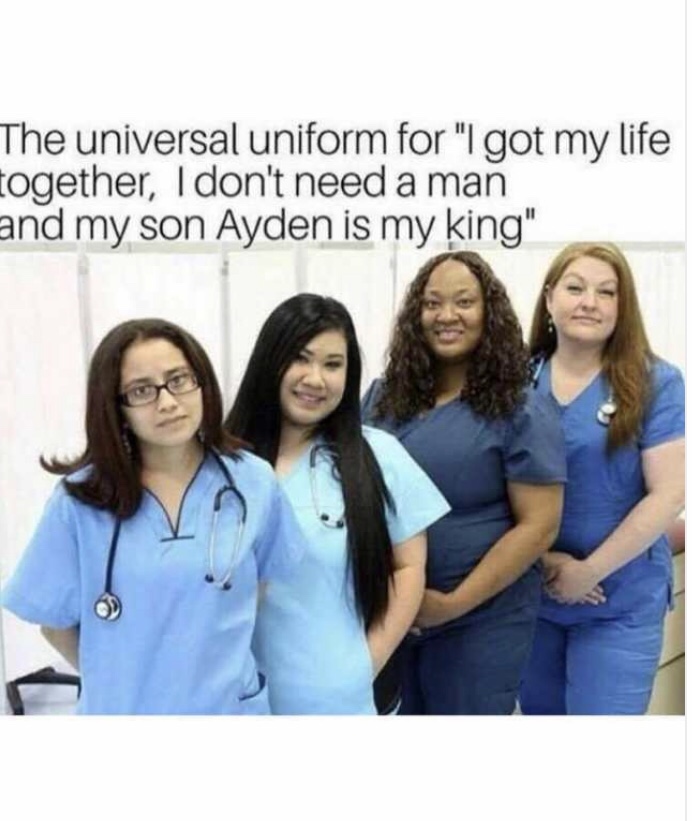 Anyways the main bitch is named Eva and her mom works two jobs to send her to a fancy school that she needs a scholarship for and she wakes her mom up to sign the forms then she heads off to school.

She enters through a service door and sees this rude ass bitch with pink hair inside. Her name is violeta and I guess that’s why she did that to her hair. She is rude af and tells Eva that she doesn’t have any class and then Eva is like I don’t have time for this shit, and Violeta I think tries to stop her from leaving this weird shed they’re in but she runs out anyway calling after this dude Mack.

She meets up with Mack and she’s all out of breath, but she didn’t even run that far. She’s super dramatic this one. Anyways their conservation goes like this

Mack: have you seen my sister?

Eva: no, but look over there.

Then there’s a weird close up on a girl that is not his sister, amber. And she is just minding her own business reading a book or something.

So then Mack grabs his sister and is like “you left your homework at home.” And she says “I told you I wouldn’t do it.” And he says “well here it is bitch.” And he hands her a rolled up thing of papers. V ominous. But I gotta say, pretty sweet you got your brother to do your homework for you.

So cut to the next scene, were back with that one girl, but she has short hair so she might be a guy, I don’t know. Stop asking me to assign genders to people. So the short-haired person, lets call them Not-Amber, Not Amber gets their own scene in which they pick up a dead bird and start rubbing it with two fingers. Not creepy at all Not-Amber. You’re being so normal! 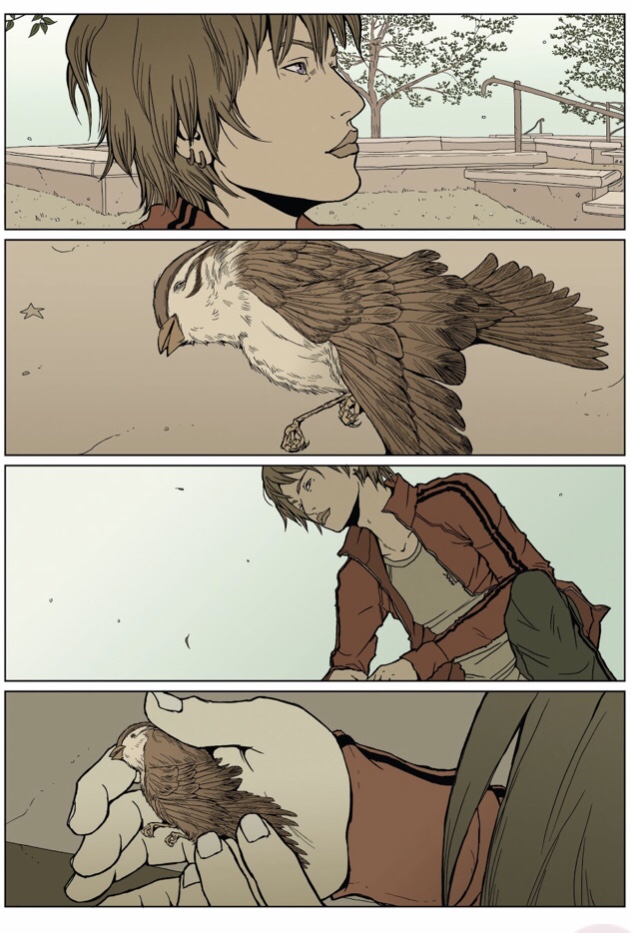 Now they’re in choir and singing. Also I guess Not-Amber is a boy because now he’s wearing the boys uniform. But he’s so dang pretty. And those look like small boobs up there 👆. I’m still waiting on confirmation.

Eva goes to class and stares at Not-Amber throughout the whole thing while her classmates throw trash on her.

Then Eva turns in her scholarship forms to the lady from the hunger games. I guess she works at this fancy high school now.

It turns out Eva is pretty unpopular, from being accosted in a shed, to getting trash thrown on her. Next she gets made fun of for being poor by a group of girls who think her shirt color is off. But honestly it’s the same color as their dumb shirts.

She sits outside eating chocolate bars for lunch and then she goes to the library to creep on Not-Amber again.

When Eva gets home she gets undressed and eats more chocolate and plays with the bruises that cover her body. It turns out she had a black eye which is why she wore the eye patch around. So I don’t really know who is hurting her? Or if she hurts herself? Maybe she got bruised from the trash that was thrown at her? Idk.

She goes home and writes a suicide note and posts it on Facebook. Then proceeds to draw fake blood on her body with a red marker. Yeah, I’m beginning to see why this girl has no friends.

Anyways she has to go clean something for some reason and i think she has to either go to Amber and Mack’s house cause he mom is the maid there or she goes back to school. Either way she finds Not Amber drinking the blood of Amber. Eva freaks out, takes a picture and then drops all of her cleaning supplies. Like, could you be anymore obvious?

She then goes home and stares at the picture in a corner of her room and is happy now? I think?

I’m not someone who finds meaning in things easily. And the fact that reading this requires multiple brain neurons I have not succeeded fully in understanding what actually happened. I will say that I do want to read more just because it is Maria Llovet. I think it will be better when the whole series comes together. I might wait a few months and then catch up on the issues. What about you? Did you like the first issue? Are you excited for what’s coming up??? Do you want to find out once and for all who or what Not-Amber is?? And why they were eating Amber???