All I ever did was trust these hoes. 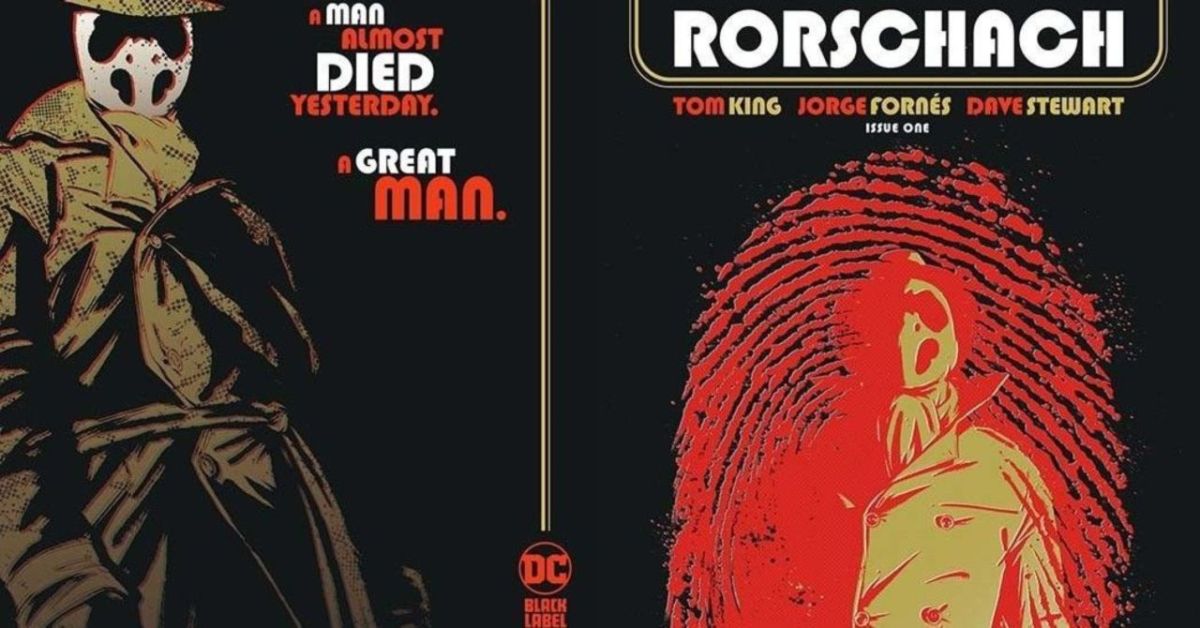 Welcome, welcome! I’m the Comic Book Betch, and today I am bringing to you the story of Rorschach AD.

If you didn’t read issue #1 and #2 then spoilers ahead!

Rorschach is a new series out by DC Black Label. Written by Tom King, art by Jorge Fornés, and the variant cover was created by Peach Momoko, which is the greatest name in the history of names.

In the first issue, two would-be assassins, a 19 year old named Laura and MAYBE the original Rorschach are at a rally for the New President, but before they get the chance to kill him they get shot and killed. So now there is a detective on the case trying to find out who the would-be assassins, they find out Laura’s identity very quickly, but the detective is on the case to find out about the other guy. He decides that he is William Myerson, the writer of Pontius Pirate, which if you read Watchmen, that’s the comic being compared throughout the entire series. OR It’s Davey Jones. IDFK. Anyways Rorschach is Walter Kovacs from the comics, but turns out these two have matching prints. So idk what the hell is going on.

That was your recap. Now issue #2.

The detective is trying to figure out what links William and Laura to Rorschach and whatever. So he talks to a lot of people. A LOT. It’s pretty boring. Anyways he finds out that William was a recluse and he can’t pinpoint how he would have hooked up with Laura.

Finally, he speaks to an old bitch named Alma, because she lives in William’s building and knew him because they went out on one date, once. Like 400 years prior.

It turns out that the date was awkward af and ended with Will on the elevator asking if he could kiss Alma at her door and she was like “nah.”

And that could have been it, except she went on to marry some douche bag. She told that douche bag that she went out on one date with this nerd and the douche never left him alone about it. Fragile masculinity or what? You married the hoe, she went on one date and didn’t even kiss the guy, but because he’s a famous writer and you live in a one bedroom apartment that your wife owns makes you feel inferior so now you gotta pick on this fucking nerd for the rest of his life.

Then they show this weird scene where William took the name Alma Adler off of her mailbox and put it in his pocket. Creep.

Turns out the names were all replaced with numbers after that. Cool cool cool.

Then the detective finds this dumb comic that William wrote.

The whole thing is trying way too hard to be smart. OR it went over my head because I’m not smart.

After reading this comic and talking to the security guard, he heads over to Alma’s apartment only to find a young man with moving boxes there. The man says that he switched apartments with Alma because her husband had the heart attack on this floor and she wanted to get out of the place because of that. The man doesn’t care because apparently this apartment is bigger than his. So they just switched. The guy also tells him about his one interaction with William and it was weird.

The detective goes detecting around the apartment and finds that the top lock is brand new never been used. OMG. So it was replaced! WOW. Detecting detecting.

So the detective goes back to Alma and he starts going in on her. The conversation goes something like this.

Detective: Here’s a picture of Laura I think she was in your house with a guy wearing a Rorschach mask.

Detective: Yeah, so like I think they broke into your apartment and gave your husband a heart attack. They’re both dead now btw.

Alma: They’re dead? Well, damn I shouldn’t have given away my big, cozy ass apartment then.

So that lyin’ ass hoe lied. I guess.

And that was it!

He figured it out!

I’d put money that this series either A) doesn’t get finished or B) is rushed for an ending because it is not good.

All in all, I did like this issue #2 better than issue #1, so maybe I will continue reading it. Like the Watchmen show on HBO it did get better and better after the first episode SO! Maybe Tom is going for a slow burn?

What did you guys think of this issue? Let me know in the comments below!